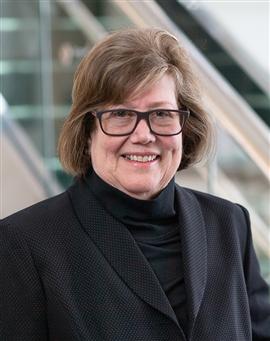 
Dr. Heber-Katz is an internationally renowned immunologist who investigates mammalian regeneration, having discovered the unusual ability of the MRL mouse strain (used in autoimmunity research) to regenerate wounds without scarring and to fully restore damaged tissues. Her work on regeneration has been extended into National Cancer Institute-funded studies of novel aspects of breast cancer causation.

For centuries it was assumed that amphibians were the last branch of the evolutionary tree capable of regenerating lost or injured tissues, organs and limbs, while mammals (including mice and humans) were, with a few limited exceptions, capable only of tissue repair (scarring). Dr. Heber-Katz discovered and initiated the study of the first mouse model of multi-organ/multi- tissue regeneration allowing the extension of amphibian biology to a medically significant species of mammal. While maintaining a basic biological research program in regeneration, her studies are now moving into a translational stage.

An internationally recognized immunologist, Dr. Heber-Katz has focused on autoimmunity and most recently, regenerative healing processes. In 1996, while working at the Wistar Institute, Dr. Heber-Katz serendipitously discovered the unusual ability of the MRL mouse strain (which has been used for almost 40 years in autoimmunity research) to regenerate wounds without scarring and to fully restore damaged tissues, including cartilage and hair follicles not normally seen in mammals.

Her bold move into what was an obscure field at the time eventually led to her recognition as a thought leader in the field of regenerative biology. In particular, Dr. Heber-Katz initiated extensive collaborations that helped pioneer the genetics of regenerative wound healing, gene expression patterns, the role of immune and inflammatory responses, and a unique metabolic state (aerobic glycolysis) reminiscent of developing embryos. Over the years, her research has extended to multiple tissue types, including cartilage, cardiac and nerve regeneration. She and her collaborators have identified 34 genes responsible for regeneration, knowledge that one day may lead to treatments. For more on Dr. Heber-Katz's work in regeneration, see the cover story of the Fall 2016 edition of Catalyst magazine.

Dr. Heber-Katz remains at the vanguard of this research, seeking new therapies that confer tissue regeneration after disease or damage (e.g., cardiac infarction). Her groundbreaking research has identified targetable molecules that control metabolic state and cell cycle control networks. Her work continues to be supported by multiple grants from several branches of the NIH including the NCI, and with previous funding from private foundations (G. Harold and Leila Y. Mathers Charitable Foundation; F.M. Kirby Foundation), and from DARPA of the U.S. Defense Department.

Further advancing her tissue regeneration work, a recent published study in Science Translational Medicine led by Dr. Heber-Katz showed that a primordial form of energy production, glycolysis — induced by the HIF-1 pathway and which still exists in mammals — can be harnessed to achieve spontaneous tissue regeneration in mice, without the need for added stem cells. The HIF-1 pathway is an oxygen regulatory pathway predominately used early in evolution but still used during mammalian embryonic development. It can act to trigger healthy regrowth of lost or damaged tissue in mice, pointing the way to new possibilities for mammalian tissue regeneration.

In recognition of a salient finding in human breast cancer patients and results of parallel genetic studies in mouse regeneration, Dr. Heber-Katz and her scientific collaborators received a perfect top score on an NCI Directors Special Provocative Question grant to examine how obesity affects tumor risk. Her proposed studies emerged from the genetic mapping of regenerative advanced intercross mouse strains fed low- or high-fat diets. The results showed that a high-fat diet promotes tissue regeneration, also a correlate of breast cancer risk. They identified specific candidate genes that mediated this effect. How those genes interact to promote cancer is the subject of current studies.

The importance of mammalian regeneration studies being done in the Heber-Katz laboratory to LIMR's mission is evidenced by related clinical studies in diabetic and chronic wound healing, skeletal-muscular diseases and heart pathologies.